A little over 20 years ago the first movie in the Harry Potter series, Harry Potter and the Sorcerer’s Stone in the United States, was released by Warner Bros. I had been caught up in the Harry Potter mania and received the movie tie-in Game Boy Color game as a Christmas gift. I recall playing it for a while, before my attention returned to the other hype machine of 2001: the Pokémon series.

The PlayStation and PC versions of the tie-in game are 3D action-puzzle games where you play as the titular Harry Potter as he navigates around Hogwarts, the grounds, the Forbidden Forest, and a side quest to Diagon Alley. The PlayStation version is where we get the low-poly meme Hagrid from.

The Game Boy Color version was completely different: a top-down Role Playing Game in the style of classic Final Fantasy. While you still play as Harry Potter, it follows the plot of the book much more faithfully than the 3D counterparts. There are some changes to adapt into a game: spells are learned for combat, items can be equipped for buffs, and wizard cards can be collected and used for combat effects.

I had entirely forgotten about this game until YouTube channel Flandrew put out a comparison of every version of Harry Potter and the Philosopher’s Stone1, jogging back a flood of forgotten memories.

Picking it up again, I was excited by how colorful, expansive, and smooth the game felt, especially compared to Pokémon titles of the time. I decided I would learn more about how the game ticked.

Disassembling Game Boy games isn’t new; Pokémon Red and Blue has been completely reverse engineered (this has prompted projects disassembling the rest of the Pokémon series). Other classics, such as Zelda: Link’s Awakening DX, have also been in progress for years.

I’ve started a project to disassemble Harry Potter and the Sorcerer’s Stone for the Game Boy Color. My goal is to document the techniques used to develop Game Boy games during the final years of the hardware lifecycle. I’m also planning on taking techniques learned from this project forward towards disassembling the sequel, Harry Potter and the Chamber of Secrets, which also holds the distinction of being the last Game Boy Color game released in North America.2

As I’ve never worked on disassembling a game before, I had to start from scratch. Fortunately, the Game Boy homebrew development scene is quite active, so modern tools are available to help get started.

To begin understanding what’s happening “behind the curtain” we need to turn the binary code the Game Boy Color CPU executes back into assembly code.

Unfortunately, the labels and symbols are not preserved in the binary code, so we’ll never be able to reproduce the exact structure the original game developers had for the game. However, we can use computers to make best guesses as a starting point, and use logic and reason (and our own guesses) to craft a structure back on top.

I used Matt Currie’s mgbdis disassembler to begin this task. Sorcerer’s Stone is a 4 MiB game, so disassembling took a while, but it ended up creating 256 files each representing 16 KiB of bankable memory. I also attempted to use Matt’s emulator, Beaten Dying Moon, to automate generating a symbol file to aid in separating executing code from data like images, but it did not seem very successful.

RGBDS, the assembler and linker 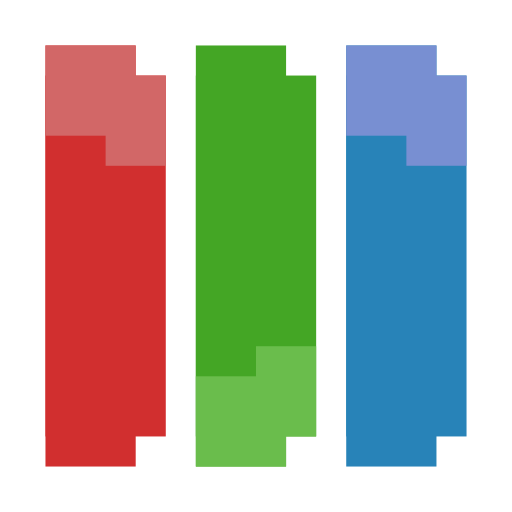 Once we have disassembled the game (even with our imperfect results) in order to get back to a playable game again we’ll need an assembler and linker. Fortunately we have RGBDS, an open source toolchain dating back to the 1990s.

RGBDS’s assembler, rgbasm, takes the assembly files as inputs and turned them into object files. It’s likely down the road we’ll have object files containing code that are logically related to each other, but for now we assemble each bank into it’s own object file.

RGBDS’s linker, rgblink, collects the object files together and decides how to combine them together into a Game Boy ROM. As the code is “fixed” in memory, the primary responsibility of the linker in this project is to resolve symbol references across object files, so the correct memory locations can be written into the ROM. As we cleanup the assembly files, the linker will likely become more important.

RGBDS includes a header fixer, rgbfix, used to generate a valid Game Boy header. The original hardware uses information in this header as checksums, to setup compatibility modes, and to implement basic DRM with the “Nintendo” logo. When the game was disassembled this header was partially decoded as instructions, and partially as data. It was removed and replaced by padding so rgbfix could be used instead. This allows for greater flexability in generating debug builds later, as the tool can generate the correct checksums later.

One other included tool is RGBDS’s image converter, rgbgfx. This is a tool for storing graphics as PNGs instead of 2bpp, an encoding more suitable for the Game Boy’s hardware. mgbdis did not separate the game’s images into individual files, so we won’t be using it for now, but it will be indespensible later once we’ve extracted the images.

The RGBDS project also documents the object file format, allowing for project specific tools to be written (if that proves to be necessary). Since Sorcerer’s Stone is a JRPG, there is a lot of dialog, menus, and world building, resulting in lots of text. The game also supports 11 different languages, farther multiplying the amount of text. I suspect we might need tooling to easily handle all of it.

After disassembling a game, mgbdis generates a basic GNU Make-compatible Makefile. This Makefile calls rgbasm over a single assembly file “game.asm” that simply includes all the banks. For a small game this might work, but for a large game like Sorcerer’s Stone re-assembling the entire game each rebuild was actually taking a significant amount of time. It would be far better to only reassemble the files that changed, and the targets that depend on that file.

I’ve switched the project to using gup, a recursive build system inspired by Daniel J. Bernstein’s redo. In gup, targets are executable scripts written in any language, and they can discover and register their own dependencies.

In HPSS-Disassembly, gup assembles banks by calling a script that calls rgbasm and registers each file it lists as a dependency with gup. When a file is changed, gup knows it only needs to rebuild banks that included it the previous build. This makes the testing iteration cycle extremely fast.

I’ve written a lot of words here about the progress made on project infrastructure. What have I actually accomplished on the disassembly side? Since this is my first month working on the project, I’m afraid I haven’t accomplished too much.

As Harry Potter and the Sorcerer’s Stone is a Game Boy Color-only game, the very first thing it does is check to see if it’s running on a Game Boy Color-compatible system. When it jumps to Start it compares the value left in the a register by the system boot ROM to $11. If the zero flag is set, it later jumps to code to show an error message.

As this code saves the GBC status into High RAM, instead of directly jumping to code to display the error message, I wonder if at some point in development the game was targetting compatibility with the earlier Game Boy systems.

What do you do if you want quickly copy contiguous memory from multiple parts of the game, but part of the game needs to copy a different number of bytes, and you also want to keep the number of CPU cycles to a minimum? One approach taken by the Sorcerer’s Stone’s developers is to flatten the loop. You can call the same 3 instructions 32 times, then call into the code at whatever point has the required number of iterations remaining.

Fortunately, rgbasm is a macro assembler, allowing us to refactor this logic to generate the assembly for us, while also generating more readable names.

This reduced over 200 lines of code into a much more manageable 6!

I’ve still have a lot of tasks ahead. Some immediate tasks to start working on:

Reverse-engineering assembly code is quite slow, but I’ll try to post some findings on this blog.

The statement is just as true here as it was all those years ago. We’ll see how this goes!